Produced by Stitcher, SiriusXM’s subsidiary, new educational series will teach kids to listen closely to help identify sounds from cultures and places all over the world 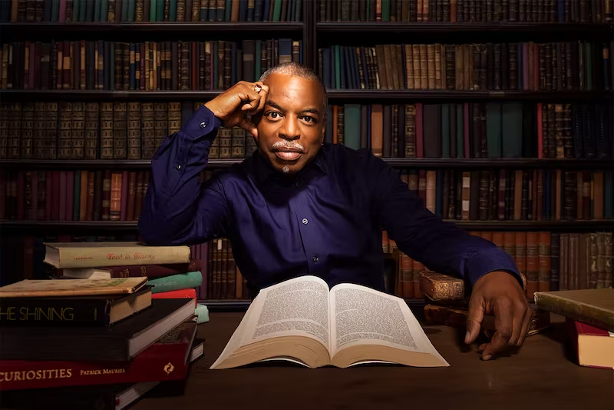 New York, NY - January 6, 2023 – SiriusXM today announced that actor, director and educator LeVar Burton will launch his first children’s podcast this spring. Called Sound Detectives, the series will be a smart, funny and thought-provoking podcast that invites young listeners to engage with the sounds that surround us all.

Sound Detectives, created by Burton in collaboration with Julia Smith and Joanna Sokolowski, is being produced by Stitcher, SiriusXM’s subsidiary. SXM Media, the advertising sales group of Sirius XM Holdings Inc., will have exclusive global ad sales rights for the series.

All over the world, sounds are going missing and the so-called Sound Swindler is to blame. Or is he? Detective Hunch and Audie the Ear are on the case. But will they succeed in reuniting the lost sounds before the world goes silent? Featuring LeVar Burton, the Sound Detectives podcast will teach kids to listen closely and use comparison and contrast, while introducing them to cultures around the world.

Sound Detectives is the second podcast from Burton, whom The Verge described as “the epitome of podcast narrator.” His critically-acclaimed and Webby Award-winning LeVar Burton Reads series is currently in its 11th season, and even transformed into a popular livestream show during the pandemic shut down of 2020.

As the host and executive producer of PBS’s Reading Rainbow series, which ran for 23 seasons and garnered a Peabody and 26 Emmy Awards, LeVar Burton is no stranger to educating and entertaining children. His work in the field recently earned him the Lifetime Achievement Award at the inaugural Children’s and Family Emmys.

“Children are born curious. They view the world with a sense of awe and wonder. It is our job as content creators to satiate this curiosity, and Sound Detectives does just that,” said LeVar Burton. “I couldn’t be more proud of this series — the first of many in the kids and family podcasting space from LeVar Burton Entertainment.”

“LeVar holds a special place for millions of people whose minds and hearts he expanded as television’s biggest champion for literacy,” said Natalie Mooallem, Stitcher’s Vice President of Content Development & Acquisition. “Sound Detectives continues in that tradition, giving a new generation of kids a place to interact with and learn about the world around them. We’re honored that we can help him bring this series to life, and excited for everyone to listen.”

Sound Detectives will be available on the Stitcher and SXM apps, as well as all major podcast listening platforms.

LeVar Burton’s podcast, LeVar Burton Reads, has been downloaded more than 25 million times. An actor, director and educator, Burton has taught multiple generations of children about the joys of reading through his work on “Reading Rainbow.” He has been honored with 14 Emmy Awards including a Lifetime Achievement Award, 3 NAACP Awards, a Grammy Award for Spoken Word Album, a Peabody Award, the Fred Rogers Award, the Inamori Prize for Ethics in Entertainment, and a star on the Hollywood Walk of Fame. The City of Sacramento dedicated LeVar Burton Park in his honor and President Bill Clinton appointed Burton as Commissioner of the National Commission on Libraries and Information Sciences. Burton is the award-winning author of The Rhino Who Swallowed a Storm, A Kids Book About Imagination, and his Grammy Nominated book, Aftermath.

SiriusXM is the leading audio entertainment company in North America with a portfolio of audio businesses including its flagship subscription entertainment service SiriusXM; the ad-supported and premium music streaming services of Pandora; an expansive podcast network; and a suite of business and advertising solutions. Reaching a combined monthly audience of approximately 150 million listeners, SiriusXM offers a broad range of content for listeners everywhere they tune in with a diverse mix of live, on-demand, and curated programming across music, talk, news, and sports. For more about SiriusXM, please go to: www.siriusxm.com.