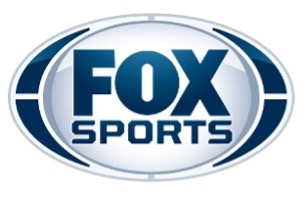 SiriusXM subscribers get live broadcasts, provided by FOX Sports, of every match in their car and on the SXM App

NEW YORK – November 15, 2022 – SiriusXM will offer its subscribers extensive coverage of FIFA World Cup Qatar 2022™, including live broadcasts of all 64 matches powered by FOX Sports’ thrilling match commentary, beginning with the opening match on Sunday, Nov. 20, through the final match on Sunday, Dec. 18.

English-language broadcasts of all matches from the highly anticipated tournament will be provided by FOX Sports with broadcasts airing primarily on FOX Sports on SiriusXM (channel 83). When two matches are occurring simultaneously, one match will air on SiriusXM FC (channel 157).

SiriusXM will air the United States Men’s National Team’s return to the World Cup on FOX Sports on SiriusXM as they take on Wales (Nov. 21, 2 pm ET), England (Nov. 25, 2 pm ET) and Iran (Nov. 29, 2 pm ET) in Group B play. For a schedule of all upcoming games and their SiriusXM channels, please visit: siriusxm.us/WorldCup

In addition to carrying live match broadcasts, SiriusXM will offer listeners in-depth news, talk and analysis daily throughout the tournament on its dedicated soccer channel, SiriusXM FC. World Cup Today will air daily between matches (7-8 am ET, 10-11 am ET and 1-2 pm ET), and Counter Attack will air following the conclusion of play each day (4-7 pm ET).

Listeners will get exclusive analysis from SiriusXM FC’s roster of hosts that includes National Soccer Hall of Famers Tony Meola and Eric Wynalda, who were teammates for the United States in the 1990 and 1994 World Cups, former U.S. international Brian Dunseth, and former players, coaches, executives and journalists from the U.S. and abroad including Jason Davis, Ray Hudson, Rodney Marsh, Tom Rennie, Tommy Smyth, Charlie Stillitano and others.

The FOX Sports on SiriusXM and SiriusXM FC channels are available to subscribers nationwide in their car and on the SXM App. The SXM App is available to subscribers on mobile devices and a wide variety of connected platforms in the home including smart speakers, smart TVs and streaming media players. Streaming access is included with all of SiriusXM’s audio trials and most popular plans.