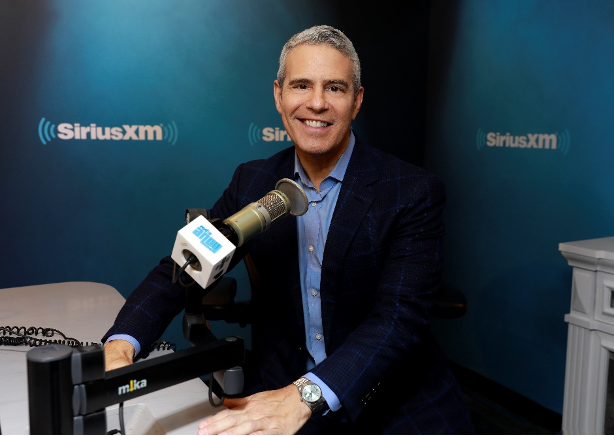 Cohen, the creator and content curator of SiriusXM’s Radio Andy (channel 102), will continue to host his show Andy Cohen Live, which will now air Mondays through Fridays from 10:00 am - 11:00 am ET.

“SiriusXM allows me to dig deeply into two of my passions - pop culture on Radio Andy and music on the Kiki Lounge. I’m so proud of what we’ve developed over the last seven years on Radio Andy; I’ve loved programming the channel, and my longform interviews with celebrities and authors feed my soul. Programming the Kiki Lounge brought me incredible joy during the pandemic and listening to it is a romp through my expansive music vocabulary,” said Andy Cohen.

"We are thrilled to have Andy Cohen staying in the SiriusXM family. Seven years ago, Andy Cohen created Radio Andy, and it instantly became a spot for pop culture and news-breaking conversations," said Scott Greenstein, SiriusXM’s President and Chief Content Officer. “Andy continues to deliver a full lineup of talent on Radio Andy that excites our subscribers nationwide, while also curating Andy Cohen’s Kiki Lounge with a non-stop eclectic mix of music for all music lovers.”

Radio Andy will continue to broadcast the channel’s suite of programs including Jeff Lewis Live, Reality Checked with Amy Phillips, Bevelations with Bevy Smith, Make It Nice with Dorinda Medley, Sandyland with Sandra Bernhard and others.