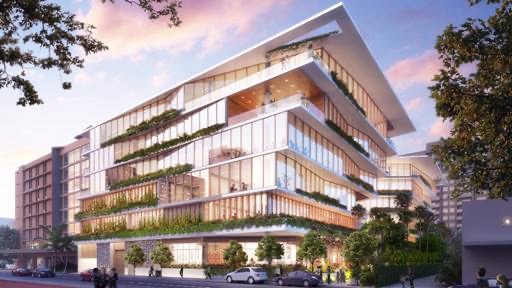 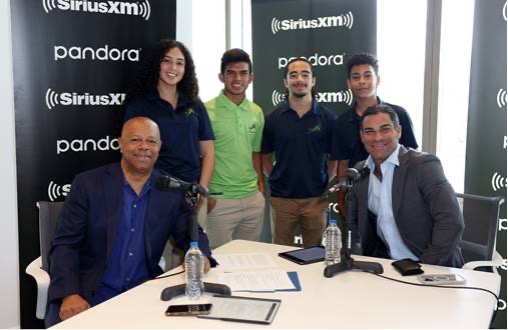 SiriusXM Miami joins SiriusXM’s portfolio of national broadcast facilities, which includes its headquarters in New York City’s Rockefeller Center; its West Hollywood studios, which feature the Los Angeles performance space, “The Garage”; and its studios and offices in Washington D.C. and Nashville, Tennessee.

Miami is a vibrant center for music, art, entertainment and sports and the SiriusXM studios will be a mecca for talent on promotional tours in the area. The studios and programming will celebrate the city’s rich Hispanic and Latinx culture with exclusive live performances, broadcasts, podcasts and events. The studios will be utilized by the company's entire slate of audio entertainment brands including, SiriusXM, Pandora and Stitcher.

“We are excited to open our new SiriusXM Miami broadcast complex in 2023 and deepen our ties in such a multicultural and entertainment-rich city,” said Scott Greenstein, SiriusXM’s President and Chief Content Officer. “Our Miami facility will feature a world-class performance space for our special events, such as our Small Stage Series, and its artist-first recording studios will be a destination for both major stars and emerging personalities to connect with listeners.”

To preview the new space, SiriusXM hosted students from the neighboring SLAM! charter school and Miami Mayor Frances Suarez for a tour of the new facility. SLAM! produces a full-time radio channel available nationally as part of SiriusXM’s Project Amplify program, which identifies and elevates original programming from diverse viewpoints and targets historically underserved audiences. SLAM! Radio launched in December 2018 and is the first and only national radio channel in the U.S. programmed and hosted by students. The channel is part of the Sports Leadership Arts and Management (SLAM) charter school network, which was co-founded by rapper Pitbull (aka Armando Christian Perez). To learn more about SLAM! Radio visit https://www.siriusxm.com/channels/slam-radio. While onsite at the SiriusXM Miami studios, students also had the opportunity to assist with the behind-the-scenes production of Mayor Suarez’s in-depth interview with SiriusXM host David Webb.

More details on the SiriusXM Miami studios, including opening date, programming, and special events, will be announced at a later date.