John Legend to Perform for SiriusXM in Los Angeles 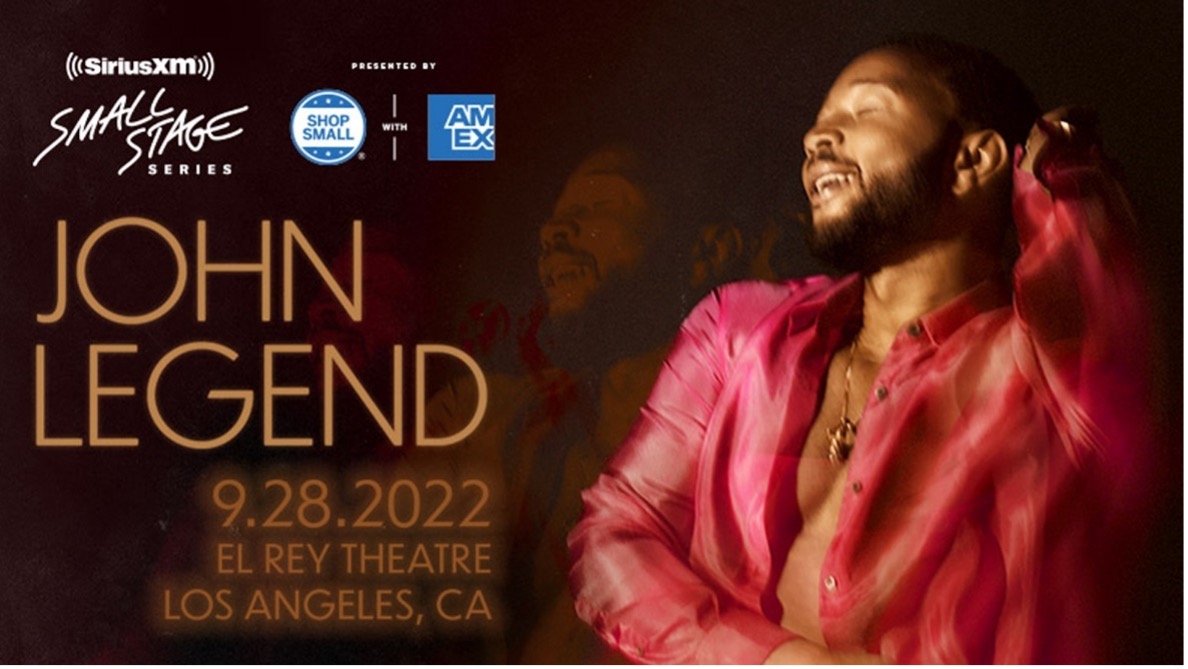 The special concert will feature John Legend performing some of his biggest hits as well as music from his upcoming album Legend, which is scheduled to be released on Friday, September 9.

“I’m so excited to perform music from my new album LEGEND for SiriusXM’s Small Stage Series. I’ve been looking forward to performing these songs live and can’t wait to share a special night of music with friends and fans at the El Rey in Los Angeles,” said John Legend.

John Legend’s Small Stage Series concert will air on Wednesday, October 5 at 6:00 pm ET/PT on The Pulse (ch. 5), at 8:00 pm ET/PT on Heart & Soul (ch. 48) and on the SXM App. Additionally, select songs from the show will air across multiple SiriusXM music channels including SiriusXM Hits 1, The Heat, SiriusXM FLY, Pandora NOW, and 10s Spot.

With American Express’ long history of supporting small businesses, particularly through its Small Business Saturday® and year round Shop Small® efforts that support independent businesses and the communities they are a part of, the brands came together on SiriusXM’s Small Stage Series to encourage consumers to Shop Small.

SiriusXM’s The Pulse, Heart & Soul, SiriusXM Hits 1, The Heat, SiriusXM FLY, Pandora NOW, and 10s Spot are available to subscribers nationwide in their car and on the SXM App. The SXM App is available to subscribers on mobile devices and a wide variety of connected platforms in the home including smart speakers, smart TVs and streaming media players. Streaming access is included with all of SiriusXM’s audio trials and most popular plans.