Halsey to Perform for SiriusXM in Philadelphia 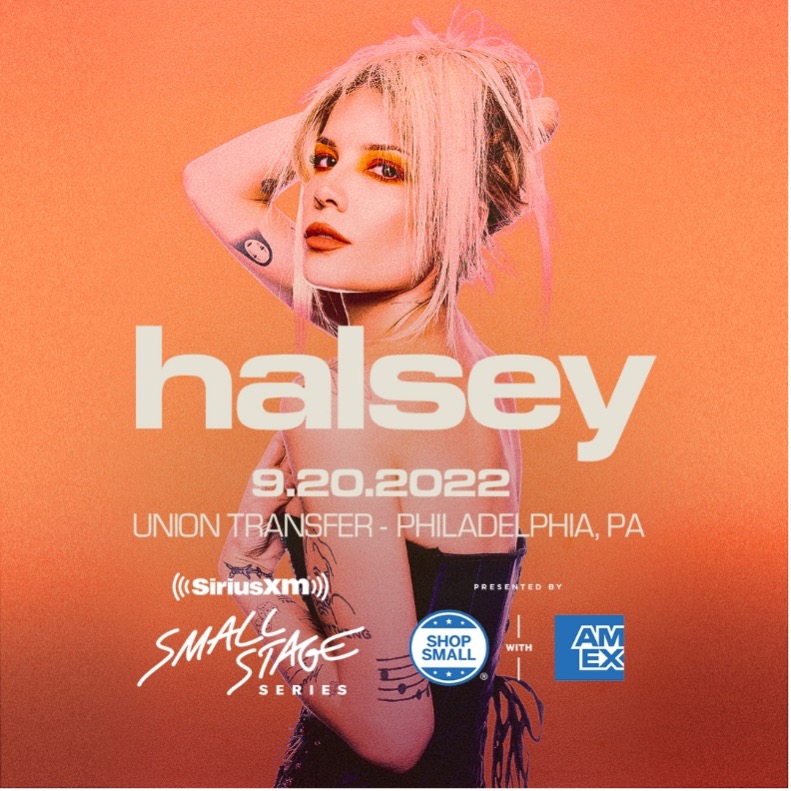 The special concert will feature Halsey performing some of their biggest hits including fan favorites.

“The month of September rolls on as one to remember for our subscribers with top tier artist performances from Pearl Jam and Red Hot Chili Peppers in New York City, and now Halsey in Philadelphia,” said Scott Greenstein, SiriusXM President and Chief Content Officer. “As the first outlet in North America to support Halsey, many of our subscribers heard Halsey first on our airwaves and have followed their incredible journey to becoming a major force in music, who has established such a deep, personal connection with their fans all over the world. It feels full circle to have Halsey be part of SiriusXM’s Small Stage Series in such an intimate setting for our subscribers.”

Halsey’s Small Stage Series concert will air on SiriusXM Hits 1 (ch. 2) on Saturday, September 24 at 9:00 pm ET and on the SXM App. Additionally, select songs from the show will air across multiple SiriusXM music channels including The Pulse, Pandora NOW, and 10s Spot.

SiriusXM Hits 1 was the first outlet in North America to support Halsey when they were still an unsigned artist in early 2014 playing their song “Ghost.”

With American Express’ long history of supporting small businesses, particularly through its Small Business Saturday® and year-round Shop Small® efforts that support independent businesses and the communities they are a part of, the brands came together on SiriusXM’s Small Stage Series to encourage consumers to Shop Small this Summer.

SiriusXM Hits 1 is available to subscribers nationwide in their car and on the SXM App. The SXM App is available to subscribers on mobile devices and a wide variety of connected platforms in the home including smart speakers, smart TVs and streaming media players. Streaming access is included with all of SiriusXM’s audio trials and most popular plans.