“Return of the Dream Canteen,” band’s new studio album, to be released on Friday, October 14 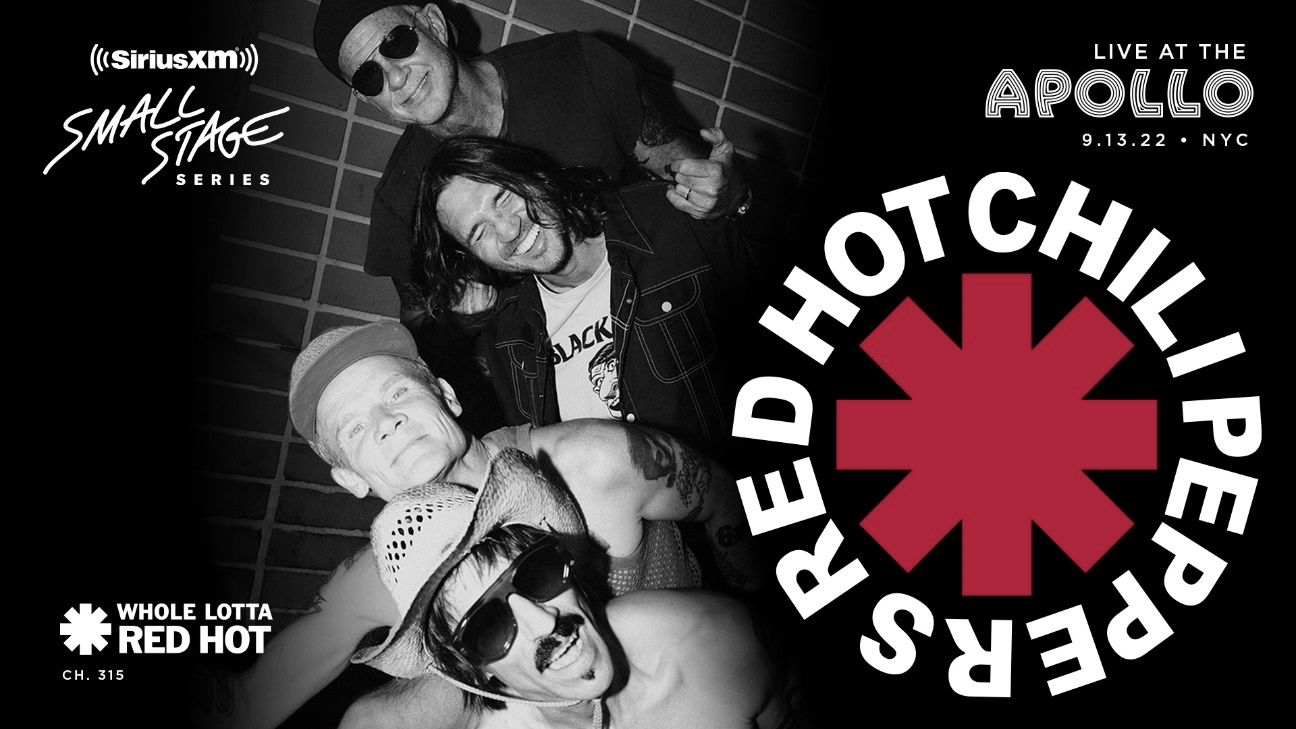 NEW YORK – August 10, 2022 – SiriusXM announced today that iconic rock band Red Hot Chili Peppers will perform at the historic Apollo Theater, in a special invitation-only concert as part of SiriusXM’s Small Stage Series. The concert on Tuesday, September 13 marks the first time that the band has performed at the iconic theater.

The special one-night-only performance at the Apollo Theater will celebrate the launch of Red Hot Chili Peppers’ exclusive SiriusXM music channel. The show will feature the band performing their hits, fan favorites from their decades-long career, as well as music from their current chart-topping album Unlimited Love.

“During our long-standing relationship with the Apollo Theater, SiriusXM has brought many of music’s most significant artists to their historic stage for the very first time, and the Red Hot Chili Peppers are no exception,” said Scott Greenstein, SiriusXM’s President and Chief Content Officer. “The Red Hot Chili Peppers are one of the most definitive bands in rock music that continue to innovate the genre with their musical craftsmanship and we are honored to present them as they make their debut at the Apollo Theater. This is shaping up to be a September to remember for SiriusXM subscribers."

The band also recently announced that their brand-new studio album, Return of the Dream Canteen, will be released Friday, October 14 on Warner Records. The news of Return of the Dream Canteen's imminent release marks the band’s second album release of 2022, hot on the heels of the platinum-selling Unlimited Love which was released in April.  It will also be the band's second Rick Rubin produced album of 2022 and reinforces their reputation as a band at their absolute peak, riding the crest of an undeniable creative wave.

The legendary Apollo Theater—the soul of American culture—plays a vital role in cultivating emerging artists and launching legends. Since its founding the Apollo has served as a center of innovation and a creative catalyst for Harlem, the city of New York, and the world. For more information, visit www.apollotheater.org.