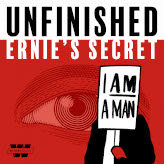 Ernest Withers covered the civil rights movement from start to finish, capturing some of its most iconic moments. He was the only African American photographer to attend the trial for Emmett Till’s murder in Mississippi in 1955. In 1956, he shot the image of Dr. Martin Luther King Jr. and Ralph Abernathy riding one of the first integrated buses in Montgomery, Alabama, which circulated the world over. Twelve years later, he took the first pictures of Dr. King in his coffin following his assassination in Memphis. He marched with the movement’s leaders, put himself in the middle of protests and took enormous risks to document the struggle. As such, he was a trusted civil rights insider whose iconic photography helped propel the movement forward.

After his death, however, it was revealed that Ernest was secretly a “racial informant,” helping J. Edgar Hoover’s FBI to keep tabs on and even, at times, undermine the struggle for equal rights in the South. In Unfinished: Ernie's Secret, journalist Wesley Lowery (CBS News, Washington Post) provides a new perspective and insights on government overreach and whether Withers was coerced and simply caught up in FBI surveillance during the Civil Rights Movement.

In a statement, Wesley Lowery says: "Ernest Withers was one of the nation's most important black photographers. He was also an FBI informant. There could be no better time than now – as civil rights activists take to the streets to demand a more just and equitable nation – to revisit forgotten chapters of the Civil Rights Movement, to remember the remarkable lengths our government has been, at times, willing to take to disrupt social change, and to consider the ethical, personal and historical implications of Ernie's secret."

"This series explores America's unfinished business, giving new perspective to parts of our history long-thought closed," says Kameel Stanley, Executive Producer of Witness Docs. "Our third season is no exception, and we're excited to work with the team at Scripps to tell the story of Ernest Withers, a man caught between two seemingly incompatible worlds."

Unfinished: Ernie’s Secret is inspired by the book A Spy in Canaan by Marc Perrusquia, who also consulted on the making of the podcast. The series is Executive Produced by Witness Docs’ Kameel Stanley (Toxic: The Britney Spears Story, Unfinished: Short Creek), and E.W. Scripps’ Ellen Weiss (Verified, Sold in America). Additional production support by Senior Producer Roy Hurst, editing by Tracey Samuelson, mixing by Casey Halford. The show’s music is composed by Edward “Tex” Miller.

The series joins an already impressive lineup of prestigious documentary and narrative projects at Witness Docs, which includes, among others, Heaven's Gate, the Verified series, and the Webby-Award winning Toxic: The Britney Spears Story.

Unfinished: Ernie’s Secret will be available on Stitcher, the SXM App, and all major podcast listening platforms. For more information, visit witnesspodcasts.com.

About Wesley Lowery
Wesley Lowery is a Pulitzer Prize-winning journalist and author. Lowery was previously a correspondent for CBS News, and a national correspondent at the Washington Post, specializing in issues of race and law enforcement. He led the team awarded the Pulitzer Prize for National Reporting in 2016 for the creation and analysis of a real-time database to track fatal police shootings in the United States. His most recent project, Murder With Impunity, an unprecedented look at unsolved homicides in major American cities, was a finalist for the Pulitzer Prize in 2019. His first book, They Can’t Kill Us All: Ferguson, Baltimore and a New Era in America’s Racial Justice Movement, was a New York Times bestseller and was awarded the Christopher Isherwood Prize for Autobiographical Prose by the LA Times Book Prizes.

About Stitcher
Stitcher, a subsidiary of SiriusXM, is the best place to listen to, produce and monetize podcasts. The Stitcher app is one of the world's most popular podcast listening platforms, with a growing network of original content and a premium subscription service. Stitcher is home to Stitcher Originals, Black lifestyle and culture network More Sauce, top-ranked comedy podcast network Earwolf, and award-winning documentary network Witness Docs.

About Scripps
The E.W. Scripps Company (NASDAQ: SSP) is a diversified media company focused on creating a better-informed world. As one of the nation's largest local TV broadcasters, Scripps serves communities with quality, objective local journalism and operates a portfolio of 61 stations in 41 markets. The Scripps Networks reach nearly every American through the national news outlets Court TV and Newsy and popular entertainment brands ION, Bounce, Defy TV, Grit, ION Mystery, Laff and TrueReal. Scripps is the nation's largest holder of broadcast spectrum. Scripps runs an award-winning investigative reporting newsroom in Washington, D.C., and is the longtime steward of the Scripps National Spelling Bee. Founded in 1878, Scripps has held for decades to the motto, "Give light and the people will find their own way.”

About SXM Media
SXM Media is the combined sales organization of Sirius XM Holdings Inc., spanning its SiriusXM, Pandora, and Stitcher audio entertainment platforms and services, including that of Midroll, the leading podcast advertising network representing over 300 of the world's largest podcasts. With a reach of more than 150 million listeners, SXM Media gives brands, creators, and publishers access to the largest digital audio advertising platform in North America. SXM Media also serves as the exclusive advertising and sales representative for other platforms and podcasters, including major entities such as SoundCloud (exclusive U.S. advertising representative) and the NBCUniversal News Group (exclusive advertising representative for NBC News and MSNBC podcasts, with additional sales rights to CNBC podcasts).