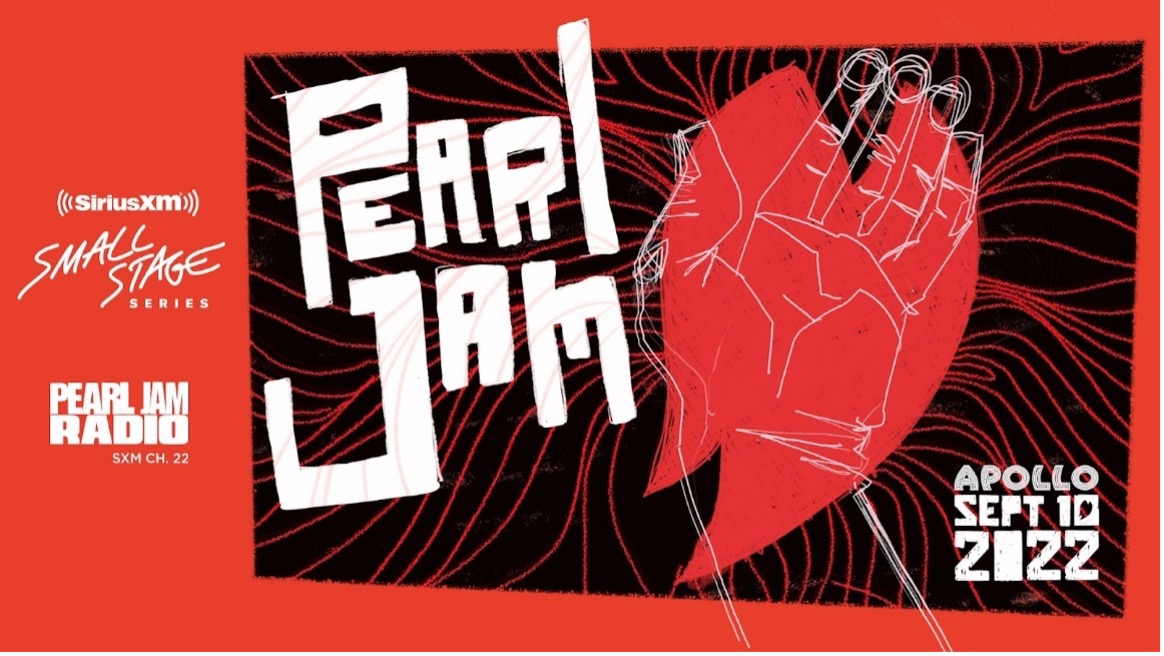 NEW YORK – July 14, 2022 – SiriusXM announced today that Pearl Jam will perform at the historic Apollo Theater in a special invitation-only concert as part of SiriusXM’s Small Stage Series on Saturday, September 10. The exclusive concert marks the first time that Pearl Jam has performed at the iconic theater and will be the first U.S. date of the band's fall tour.

The show was originally planned around the release of the group’s critically acclaimed chart-topping eleventh full-length, Gigaton, originally released in 2020. In celebration of the album and subsequent tour, the band has released the revamped Gigaton (Tour Edition). It features 11 live songs recorded during the band’s triumphant return to the road in 2021.

“As we promised in 2020, and for the first time, we are thrilled to bring one of the greatest rock bands ever to the legendary Apollo Theater for a historic, once-in-a lifetime, performance exclusively for our SiriusXM subscribers,” said Scott Greenstein, SiriusXM’s President and Chief Content Officer. "Pearl Jam Radio has become a primary destination for fans and they won’t want to miss this."

Pearl Jam roared back on the stage last year and performed music from Gigaton for the first time during a string of unforgettable shows. Now, the (Tour Edition) consists of energetic and emotionally charged renditions of new favorites, including “Dance Of The Clairvoyants,” “Superblood Wolfmoon,” “Retrograde,” and more. Upon arrival, Gigaton bowed at #1 on the Billboard Top Rock Albums Chart and the Top 10 of the Billboard Top 200.

Additionally, the band has just released a video for the Gigaton track “Quick Escape”. The video was directed by famed director Samuel Bayer (Nirvana, The Rolling Stones, David Bowie) and features Bayer’s son Ziggy as well as stunts by famed stuntman Eddie Braun.

SiriusXM has had a long-standing relationship with Pearl Jam, having created a full-time music channel with the band, Pearl Jam Radio, in 2010, which features archival concerts throughout the band's 30-year career, rarities, unreleased material from the band's personal music library and music from the band's side projects, including solo and pre-Pearl Jam music.

The legendary Apollo Theater—the soul of American culture—plays a vital role in cultivating emerging artists and launching legends. Since its founding the Apollo has served as a center of innovation and a creative catalyst for Harlem, the city of New York, and the world. For more information, visit www.apollotheater.org.

SiriusXM’s Pearl Jam Radio is available to subscribers nationwide on SiriusXM radios, the SXM App, and with Amazon Alexa, the Google Assistant or however they stream at home. Streaming access is included with all of SiriusXM’s trials and most popular plans.